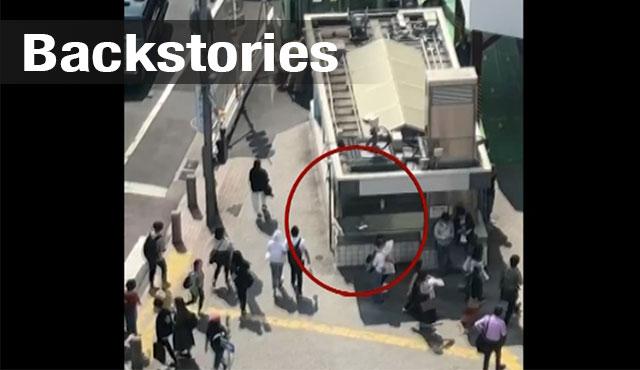 On Sunday afternoon, a foreign tourist was caught operating a drone over the crossing. The area is a drone no-fly zone and the police issued the man a warning. Earlier this month, objects believed to be unmanned aircraft were spotted hovering over multiple sites across the capital, including near the Imperial Palace. Government officials are considering how best to handle the dangers posed by drone use in specific areas of national importance, and in what ways to strengthen regulations.

An NHK employee happened to be near the Shibuya scramble when the drone was flying. He filmed the incident with a smartphone, and the footage shows the drone flying at an altitude of about eight stories and staying airborne for several minutes.

The video also captures a man on a pedestrian crossing operating the drone. Police approached him after he had stopped flying it. Most passers-by are believed not to have noticed the drone flying over them.

The NHK employee said the drone measured roughly 10 to 15 centimeters in diameter and that it flew very close to the heads of pedestrians as it descended.

Police quoted the tourist as saying he did not know the crossing was a no-fly zone.

Kyoto is one of Japan's most famous tourist destinations. Last year, police sent documents to prosecutors on 19 people suspected of flying drones without permission. Sixteen of them were foreign tourists. Police quoted them as saying they were taking photos and videos for social media and that they had been unaware they were in no-fly zones.

The use of drones in Japan has been increasing. The Land, Infrastructure, Transport and Tourism Ministry says that in 2016 it received some 12,000 applications for permission to operate drones, including for use in heavily populated areas. The ministry says this number almost tripled to around 33,000 in 2018. Drones have been used in an increasingly wide range of industries, from filming and topography surveys to AI-based agro-chemical spraying.

The technology has also been improving. In 2018, the Japan Post successfully flew a drone carrying parcels between two of its offices. The distance was 9 kilometers, which meant part of the drone's journey was out of the operator's range of vision.

Drone use is regulated in Japan. People are, in principle, banned from operating them over important facilities, such as the Imperial Palace, the Diet building, and government offices.

Government permission is required to fly them over densely populated areas. Most of Tokyo falls under this category. Permission is also required over and near airports, in and near flight routes, and at altitudes of 150 meters or higher.

Approval is needed for flying over event venues, at night, outside of the operator's range of vision, and within 30 meters of a person, building or vehicle.

The government is seeking to revise a law banning drones in principle near and over competition venues and major airports during the Tokyo Olympic and Paralympic Games next year.

Japan saw 63 cases of drone-related accidents in the fiscal year ending in March. If regulations regarding the use of these machines aren't clarified and made more widely-known, this number will only increase. 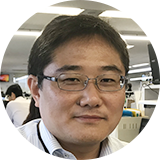