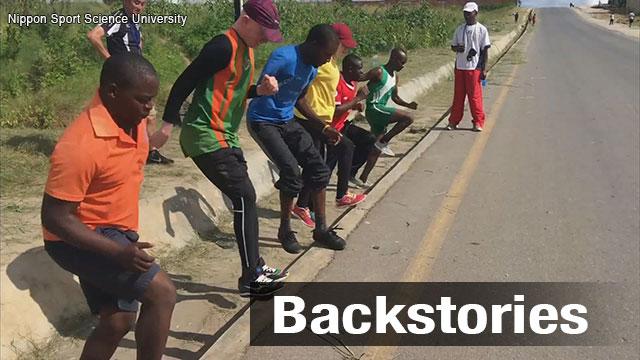 Developing para-sports around the world

Tomura Keiko
NHK World
Producer
There are under 500 days until the 2020 Tokyo Paralympics begin. The event will feature 540 events across 22 sports and will provide an international showcase for disability sport.

One of the aims of the Tokyo Paralympics is to increase the number of competitors, so officials are paying greater attention to para-athletes from developing countries. Reaching the highest level of competition is difficult for anyone, but even harder for many para-athletes from those parts of the world.

Tackling the lack of facilities

Here are some examples of how these athletes have been struggling. In the pacific island nation of Kiribati, they have no para-sports facilities.
Visually impaired track athletes are training to compete in the Tokyo Games, but there is only one training location on the island that is accessible to all, and it is not a proper athletics field. Many of the athletes don't even have shoes.

In Bangladesh, coach Pappu Modak is always thinking about how to overcome these obstacles. Even an ordinary street can become a workout for his athletes.

The athletes use whatever they can to work out.

The country's para-swimmers train in a pond. Modak says the swimming federation owns two pools, but they are more than 100 kilometers away.
It's very difficult for a wheelchair swimmer to get into and out of a pond, and it's also tough getting there on dirt roads.
Even for swimmers not in a wheelchair, the pond can't replace a competition-standard pool. Modak is trying to make a diving stand from bamboo and wood.

This pond is the closest place for these para-swimmers to train in Bangladesh.

In some countries, misconceptions about gender and people with disabilities are another obstacle.
Javelin thrower Friana Kwevira has overcome this prejudice and is now a hero in Vanuatu.

She won the bronze at last year's Commonwealth Games, making her the Pacific island nation's first woman para-athlete to win a medal in international competition.

But it was a challenge. As a woman with a disability, she's fought discrimination her whole life. She got no support in her daily life and found getting a full-time job challenging.
She says she was lucky as her parents tried to understand her, but admits that it is still no surprise to find parents in Vanuatu who try to hide their children with disabilities.
Women with disabilities are even discouraged from using public transport, as it's considered dangerous.

Even so, Kwevira never gave up on her dream of winning a medal.
She met a coach, Deni Kalanga, who helped her train hard, both physically and mentally. She said she succeeded with his help, and that completely changed her life, as well as how people in her community perceived her. She was able to find a good job and was held up as a national hero.

Support for athletes and coaches

Behind the success of para-athletes like Kwevira is the support needed to improve coaching methods.

One university in Tokyo offers a rare program for coaches from developing countries working in para-sports. It also helps them with the process of getting their athletes to the Tokyo Games.
It holds workshops in Japan and overseas. Last year, 17 coaches from nine countries, including Papua New Guinea, Bangladesh and Zambia, took part in the first workshop.
Instructor Christopher Nunn played a leading role. He was head coach for Australia's para-track and field team at the 2000 games and now advises athletes and coaches in the Oceania region, where people are less familiar with para-sports.
Kwevira's success was due to Nunn's support. Her coach Kalanga says he couldn't have made her a medalist without Nunn's help.

Nunn has been working to bridge the gap between developed and developing countries' access to para-sports by helping train coaches around the Pacific region.
He says countries that have advanced knowledge and skills in para-sport should help developing countries more. He says most developing nations are short of financing and facilities and the know-how to help them improve is easy to pass on.
He says it is also essential to create training methods appropriate to the environment and the situation in each country.

Nunn expects the Tokyo Paralympic Games to become a model for this approach. He and other members of the Japanese university program are planning more workshops in developing countries right up to the 2020 Games. More important, though, is maintaining the effort after the Games to leave a lasting legacy from the Tokyo Paralympics.