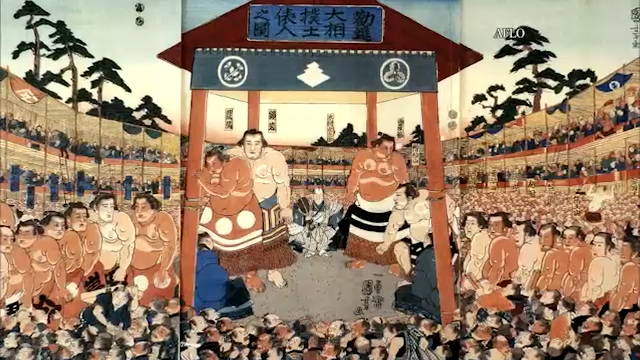 In ancient times, sumo was one of the rituals to pray for a good harvest, a show of strength meant to entertain the Shinto deities. Tawara, or straw bales, were placed on the ground to mark out the wrestling area. The actions performed in the ring were refined into a series of rituals. In time, sumo itself became the main ritual of the festivities. In the Edo period, wrestlers organized groups to practice sumo professionally. Today, the sport is known as “Grand Sumo.” People come to watch the competition and experience the excitement. 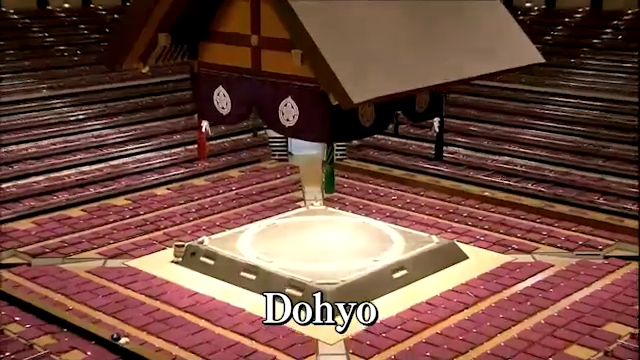 Sumo is fought in the ring called dohyo. The circle of dohyo is about 4 and half meters across. Rules are simple; Force your opponent out of the ring to win or, make him touch the ground with anything other than the soles of his feet.
Over 600 rikishi, or wrestlers, compete in Grand Sumo. They’re divided by ability into 10 ranks. The five highest ranks are called Makunouchi, or Top Division. Grand Sumo tournaments last for 15 days. The rikishi with the most victories at the end is the winner. 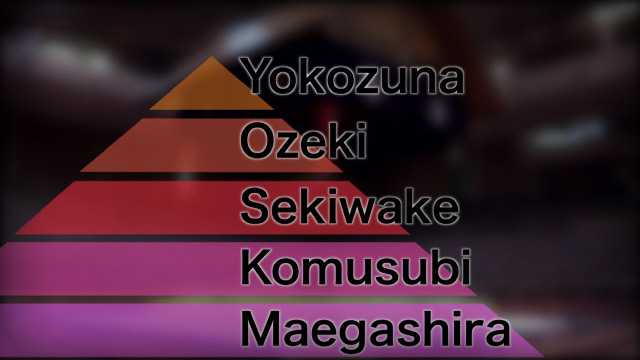 Every day, Grand Sumo Highlights broadcasts the bouts from the top division, which is composed of yokozuna, ozeki, sekiwake, komusubi, and all the way down to maegashira. The maegashira are broken down into further rankings. Maegashira number one is at the top of the list, and the digits become larger in descending order. The ranking change depending on the rikishis’performance during the previous tournament. They need to get 8 wins or more during the 15-day event…otherwise they’ll fall to lower rankings.