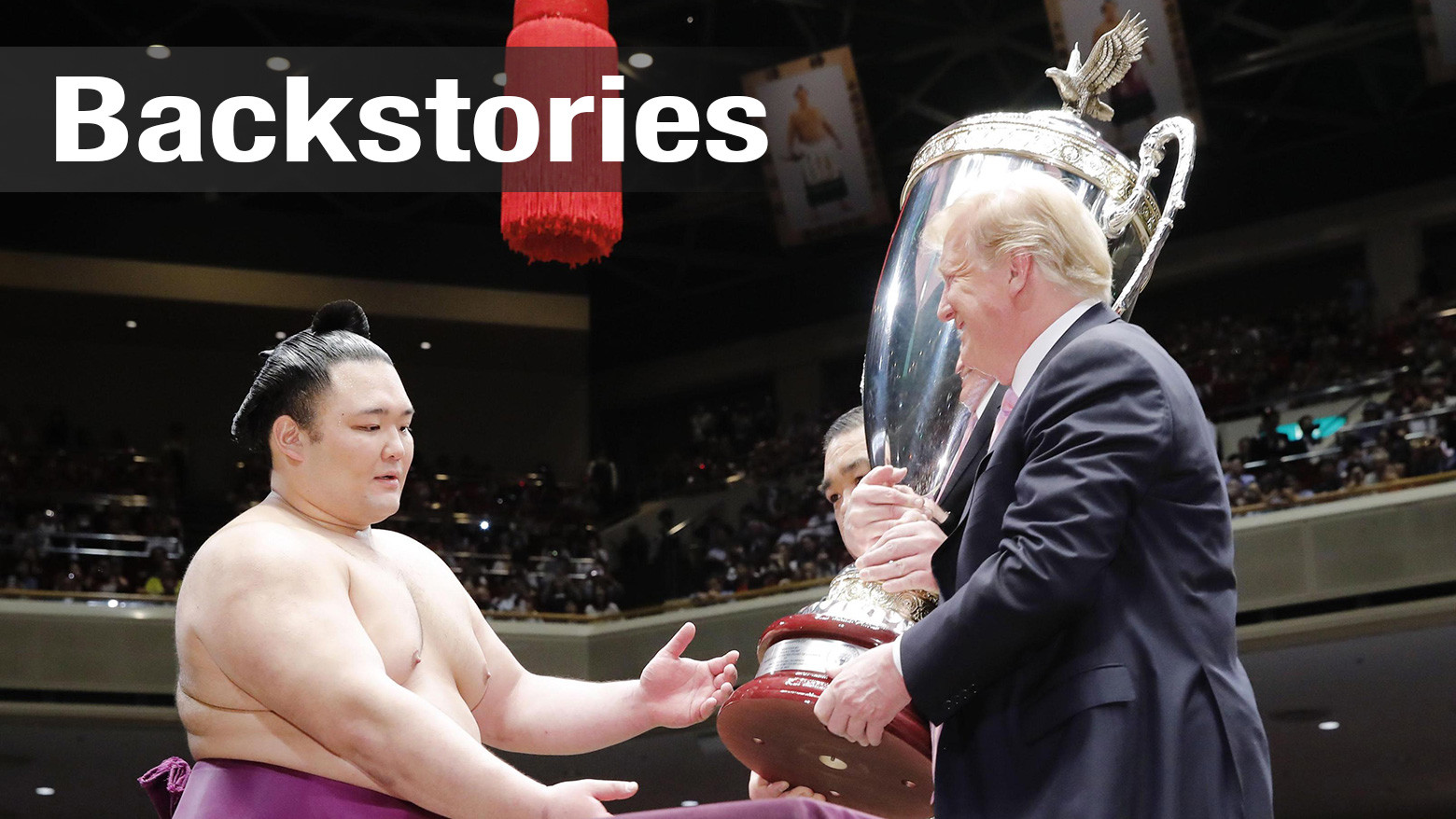 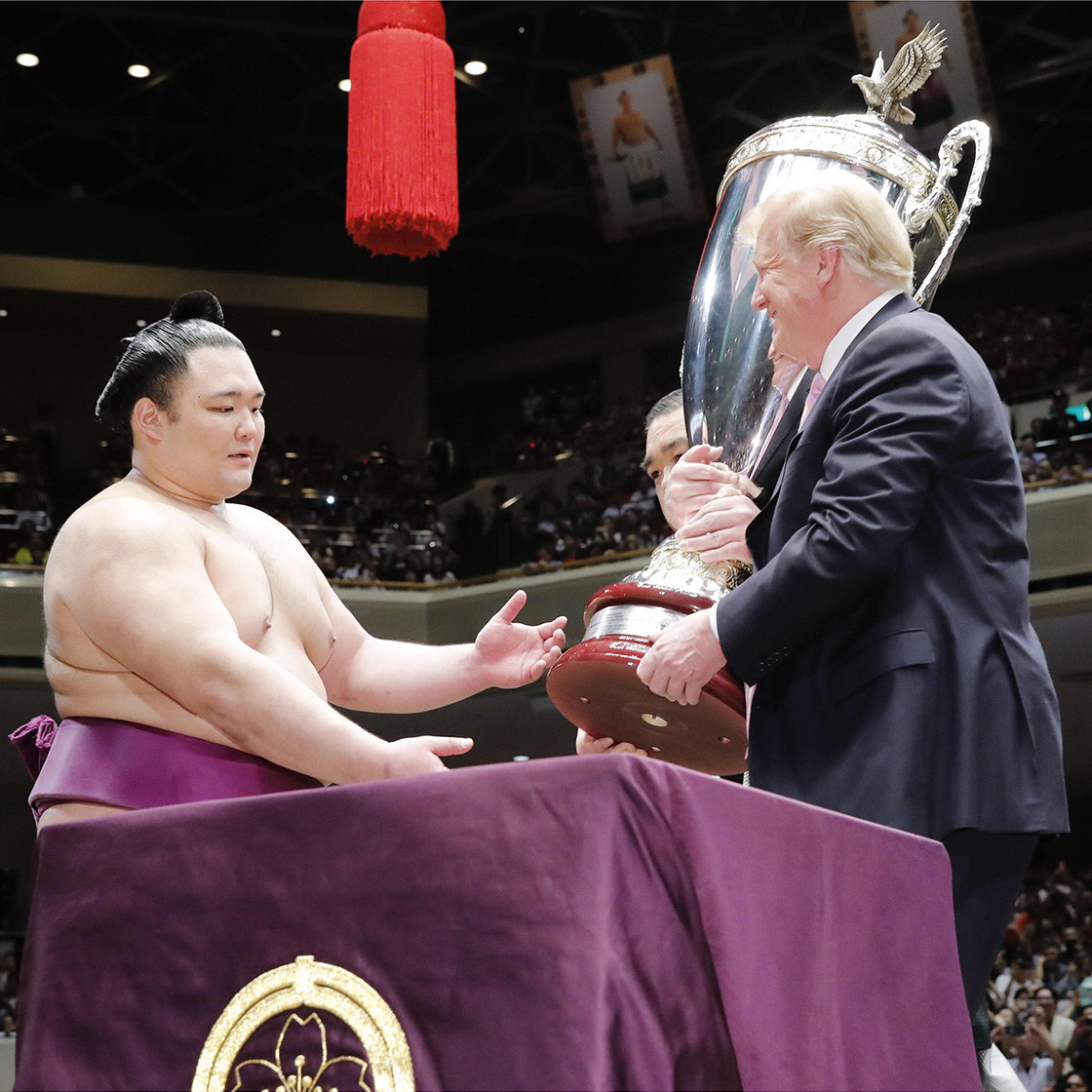 Morita Hiroshi
NHK World
Anchor, Play-by-Play Sumo Announcer
On May 1st the Reiwa era started in Japan. Eleven days later, on May 12th, the May grand sumo tournament opened at the center of the sumo universe, the Ryogoku Kokugikan in Tokyo. All the wrestlers seemed extra keen and motivated to lift the Emperor's Cup and become the winner of the first grand tournament of the new era.

Yokozuna Grand Champion Hakuho, who won the previous tournament in March, announced he would miss the entire May tournament due to an injury to his right biceps. The 34-year-old Mongolian injured his arm during the final bout of the March contest. In April, Hakuho took part in the spring provincial tour, hoping he could recuperate fully and be ready for the May tournament, but the injury did not heal fast enough.
Hakuho's absence was not only disappointing for the fans but also for Hakuho himself, because he had his sights set on becoming the first champion of the new Reiwa era.

Hakuho wasn't only the top dog forced to sit on the sidelines this time. Newly promoted Ozeki Champion Takakeisho was the talk of the town as the tournament started, but disappointed the fans by succumbing to injury.
The new Ozeki got off to an auspicious start with two straight wins, but on Day 4 he injured his right knee and had to withdraw from the next day. After missing three days of action, Takakeisho returned to the ring on Day 8. But he was too banged up, and was beaten without putting up a fight. Takakeisho again announced his withdrawal from the next day, and this time it was for the rest of the tournament.
There have been many questions about Takakeisho's judgment -- and that of his stablemaster as well -- because it was obvious he was in a lot of pain and in no shape to fight. To my eyes, the attempted comeback was a poor decision, considering the fact that the 22-year-old rising star could have further aggravated the injury -- and it could have jeopardized his career.

Now, the good news is that both Hakuho and Takakeisho are on the mend and are more than likely to be ready for action by the next tournament in July. For both of these heavyweights, there will be high expectations on them to redeem themselves by winning the Emperor's Cup in Nagoya.

First-timer rises to the top

The battle to win the Emperor's Cup turned into a wild race, to say the least, with an unfamiliar face leading the field most of the way -- 25-year-old Asanoyama. By Day 14 he was the sole leader with just two losses, followed by Yokozuna Kakuryu, nipping at his heels with three losses. Asanoyama won his bout that day, but Kakuryu was upset, which meant that Asanoyama had clinched his first title before the 15th and final day.

Asanoyama is from Toyama Prefecture, on the Japan Sea Coast, and he's only the second man from there to lift the Emperor's Cup. He's also the first Maegashira rank-and-file wrestler to win a tournament since Tochinoshin in January of last year.

Asanoyama later revealed he felt under tremendous pressure, but he was able to stick to his aggressive style of sumo throughout the tournament. He also said he'd gained a lot of confidence by working hard during the spring provincial tour, and that was his springboard for achieving the top prize this time.

On the final day, the tournament had a celebrity visitor: US President Donald Trump, who was visiting Japan as the first state guest of the new Reiwa era. Accompanied by First Lady Melania, he arrived at the venerable Kokugikan arena, in time to watch the last five bouts. They were welcomed with huge applause, as the action in the ring came to a halt for about 5 minutes. Later, the US President said he had always wanted to see sumo and it was very exciting to see it live for the very first time.
At the victory ceremony, Asanoyama received his first Emperor's Cup. Then Trump himself entered the ring to present Asanoyama with the new "US President's Cup."

Changing of the guard

Asanoyama is the fourth wrestler in the past year to win the top division title for the very first time -- following in the footsteps of Mitakeumi in July last year, Takakeisho in November, and Tamawashi in January. This is a sign that there's a huge wave of young wrestlers who are getting stronger and have become a force to be reckoned with. A changing of the guard is definitely taking place in sumo right now.

Tochinoshin successfully reclaimed his Ozeki ranking, which he had lost after his losing record in the March tournament. Fighting at the third highest level, Sekiwake, the Georgian needed to secure at least 10 wins to ensure that he bounced back to the Ozeki rank -- and that's exactly what he did.

By finishing the tournament with 10 wins and 5 losses, he joins Mienoumi, Takanonami, Musoyama and Tochiazuma as the fifth rikishi in history to return to Ozeki after fighting one tournament at the lower rank. Tochinoshin was visibly happy and relieved, and I'm sure he will do his utmost to prove he's worthy of competing at sumo's second highest rank. Keep your eye on this 31-year-old Herculean wrestler from Georgia.

The fan favorite comes up short

There was one rikishi who won many hearts and stole the limelight during the May tournament: Enho, who was making his debut in the top division. What makes him stand out among his cohorts in the top Makunouchi division is his small stature. The 24-year-old Enho stands 168 centimeters high and weighs 99 kilograms. Compared to ordinary people that may not seem puny -- but in the top division the average wrestler stands 184 centimeters tall and weighs over 160 kilos. That means Enho is at a physical disadvantage in every single bout.

Before the tournament, Enho told me he wanted to prove his doubters wrong and make an impact by staying in contention for the title -- and even if he were to miss out on the ultimate victory, at least to win the Technique Prize, one of three awards given to wrestlers who have delivered remarkable performances over the 15 days.

Drawing on his superb speed, footwork, technique and ring sense, Enho put on a show each day for the fans, and by the end of Day 9 he had 7 wins and 2 losses. That meant he needed just one more win to secure a kachikoshi majority of wins and be eligible for one of the special prizes. But things took a wrong turn, and Enho failed to pick up a single win after that, finishing the tournament with a losing record of 7 wins and 8 losses.
Enho's struggles in those final bouts were exacerbated by an injury to his right thigh on Day 13. Although he kept on competing, even with his injured leg, his hopes of gaining kachikoshi were dashed.

Although he failed to achieve his goals this time, Enho definitely made an immediate impact in the top division with his never-say-die attitude -- making him one of the most popular wrestlers in all of sumo, and certainly the most visible.
If you haven't seen Enho in action, I highly advise you watch him in the next competition, because the top division's smallest man will open your eyes wide with his unrelenting, go-for-broke sumo.

While the Emperor's Cup is the most coveted trophy, there are also other special prizes for top division wrestlers, presented by the sumo elders.

Tournament champion Asanoyama was also given the Outstanding Performance Award and the Fighting Spirit Prize -- just recognition for his spectacular performance in the May tournament.

Newcomer Shimanoumi was another who won a Fighting Spirit Prize. His aggressive style of sumo enabled him to achieve ten wins in his top division debut. Shimanoumi is a wrestler in the ascendant, because in his previous two tournaments he won back-to-back championships in the second-tier Juryo division. It took the 29-year-old seven years since making his pro debut to reach the top division, but there's no question he's having the time of his life right now.

Abi was also in line for a Fighting Spirit Prize, but he had to get by his final day opponent, Tamawashi, to ensure he won it. The 25-year-old launched a fierce attack to defeat Tamawashi, secure his tenth win and haul in the special prize. Abi is now looking to be promoted to the fourth highest rank, Komusubi, for the July competition.

The Technique Prize was awarded to Ryuden, who demonstrated his skills in racking up ten wins. The 28-year-old Ryuden also has quite a success story to celebrate. He was promoted to the second-tier Juryo division back in the 2012 November tournament, but after a severe groin injury he dropped all the way down to the lowest division, Jonokuchi. But Ryuden didn't give up. Thanks to his self-belief and lots of very hard work, he has managed to climb back up to where he is right now. Talk about an amazing comeback!

It's never too early to start talking about the next competition, which will be the Nagoya tournament in July. Many fans are hoping to see Hakuho and Takakeisho return to the ring strong and healthy, as they are two of the big dogs who always take the center stage in the grand tournaments.

Inevitably, there will be a lot of attention on the new champ, Asanoyama. His performance in July will reveal whether his success this time was a foretaste of what lies ahead, or whether it was just a fluke.

Many people will also be rooting for Enho to get himself back in top form and continue to rack up wins with his thrilling sumo.

The tournament in Nagoya will get under way on Sunday July 7th. 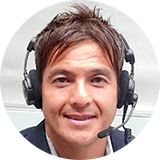