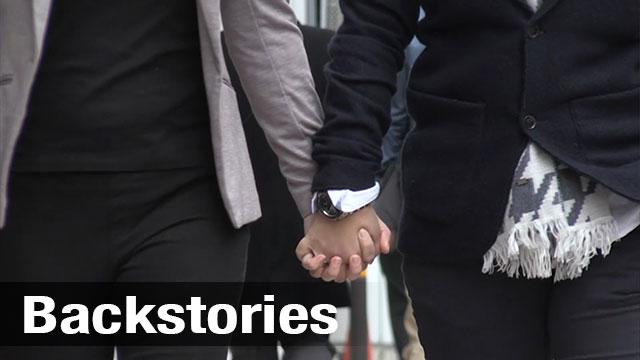 The fight for marriage equality in Japan

Yamamoto Keiko
NHK World
Senior Correspondent
Japan is the only country in the G7 that doesn't recognize same sex marriage. This Valentine's Day, thirteen same-sex couples jointly filed lawsuits seeking the right to marry, the first class action case of its kind in the country.

Ai Nakajima and Kristina Baumann are one of the couples involved.

In 2011, Nakajima traveled to Germany for work. That's where she met and fell in love with Baumann. They were eventually married.

They moved to Japan and filed paperwork to have their marriage recognized. But, as they expected, it was rejected.

Baumann is currently in Japan on a student visa. If her marriage had been recognized, she would've been able to get a spousal one. As things stand, she'll need to get a new visa once she graduates in order to remain in the country.

Baumann says it isn't fair their marriage isn't recognized, as they live together and love each other the same as any other couple.

A recent survey by a leading Japanese advertising agency found that 8.9% of respondents identified as LGBT. And support for sexual minorities is gradually gaining momentum in the country.

Since 2015, some municipalities have begun certifying same sex partnerships as equivalent to marriages. However, the certification isn't legally binding and doesn't grant spousal rights. The couples aren't entitled to tax breaks and can even be denied from visiting critically ill or injured partners in hospital because they aren't considered family members.

On February 14th, the thirteen couples took the first step in hopes of changing all this. In the lawsuit, they claim that denying same sex couples the right to marry is in violation of the Constitution, which guarantees equality for all.

Furthermore, the suit insists the country has no laws that specifically forbid same sex marriages. Japan's civil code and family law say marriage is between a couple, which the government interprets to mean a man and a woman. This judgment is why same sex marriage registration isn't accepted.

Article 24 of the Constitution states, "marriage shall be based only on the mutual consent of both sexes." Same sex relationships were likely not considered when the Constitution was established back in 1946.

"Whether to recognize same sex marriage is a critical issue that has bearing on the definition of family," said Chief Cabinet Secretary Yoshihide Suga, the top government spokesperson, in response to the lawsuit. "It requires very cautious consideration."

Some politicians have recently come under fire for comments about LGBTQ couples.

A member of the ruling party was slammed for writing same-sex couples are unproductive because they don't result in children.

Another lawmaker in the same party was criticized after expressing opposition to same sex couples attending banquets at the Imperial Palace.

To Nakajima, viewpoints like these reflect Japan's persistently strong conservative culture. But looking around the world, she says, it's clear it's time for Japan to catch up and make some changes.

The same survey by the ad agency found that 78.4% of respondents in Japan approve of same sex marriage.

"Values and attitudes are changing--as are society's views," says former Supreme Court Justice Katsumi Chiba. "Courts will closely examine the likelihood of change in the future."

Nakajima and Baumman hope the lawsuit will prove to be the first step toward their marriage--and thousands more like it around the country--being recognized in Japan. They say a positive outcome could lead to a wide range of relationships being recognized and may even help more people understand the importance of diversity... and benefit society as a whole. 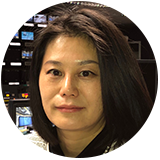