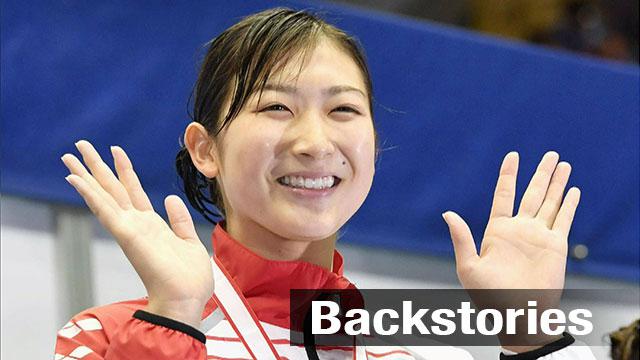 Yotsumoto Jun
NHK World
Correspondent
Japanese swimming star Rikako Ikee has revealed she has been diagnosed with leukemia. The 18-year-old broke the news on Tuesday on her Twitter account. The announcement from one of Japan's strongest contenders for medals at the 2020 Tokyo Olympics has shocked the country.

Rikako Ikee holds multiple national records, including the 100-meter butterfly. She won six gold medals at last year's Asian Games and was named the meet's best swimmer. She had been expected to do well at her home Olympics next year.

Ikee returned home early from training in Australia. Around 2PM local time on Tuesday, she updated her Twitter account saying, "I have something to tell you all."

The tweet continued: "I was feeling ill and had to cut short my training camp in Australia. Back home, I had some tests and the diagnosis was leukemia. I still can't believe it and am in a state of total confusion."

Two hours later, the Japan Swimming Federation held a news conference. Ikee's coach Jiro Miki said he was shocked to see her struggling for breath like he had never seen before. After consulting a local doctor, he says, they decided to fly home so she could undergo more tests right away. Miki says they were speechless for a while when they heard the diagnosis, but Ikee told him she wants to get back to training as soon as possible. He says that she told him she was ready to fight the disease.

There had been warning signs before the diagnosis. On January 3rd, Miki said, Ikee reported feeling a little heavy in her movements and needing time to recover. Ten days later, after her first race of the year, she said she had recently been feeling really sluggish was shocked by her slow time.

Is it rare for a teenager like Ikee to develop leukemia?

Japan's national cancer registry shows that in 2016 about 14,000 people were diagnosed with the disease. Roughly 250 of them were teenagers. Leukemia is a cancer of the blood cells. It occurs when the white blood cells turn cancerous and multiply out of control. The symptoms include fever, shortness of breath, a rapid heartbeat caused by anemia, as well as general feelings of fatigue and weakness.

Katsutoshi Ozaki, the head of hematology at the Nippon Medical School Tama Nagayama Hospital, says it is usually possible for a patient to return to physical activity if there are no tumors. But, he says, it is doubtful that a top athlete like Ikee will be able to resume high-level training. He says she will just have to wait and see how her condition progresses.

Messages of support for the swimmer are flooding in. Sports Agency chief Daichi Suzuki won a backstroke gold at the Seoul Olympics. He says he wants Ikee to concentrate on her treatment so she can get well and make a full return to competition.

Actor Ken Watanabe is another high-profile person to have suffered from the disease. He was diagnosed with leukemia 30 years ago and successfully fought it. In a tweet he wrote he hopes Ikee will place her full trust in medical science and also in herself. He urged her to be positive and concentrate on her recovery and said he is praying for her.

Another world-class swimmer also sent her support. Sarah Sjostrom of Sweden is an Olympic gold medalist and holds four world records in the butterfly and freestyle. She posted a photo of herself with Ikee on her Instagram account. She wrote that her eyes were filled with tears after reading the news that her friend Rikako Ikee has been diagnosed with leukemia. She says she sends all her strength and love.

Ikee is certain to miss the national championships in April, which act as a qualifier for the world championships. That mean's next year's nationals will be her last chance to make the Olympic team.

Sources say it will take at least two or three weeks for Ikee to receive a detailed diagnosis and start full treatment.

Ikee has expressed her determination to fight her way back to a full recovery. In her tweet, she said her illness can be cured with proper treatment. She said she will rest and focus so she can come back even stronger and that she appreciates everyone's support. 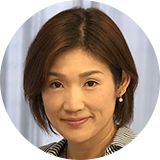