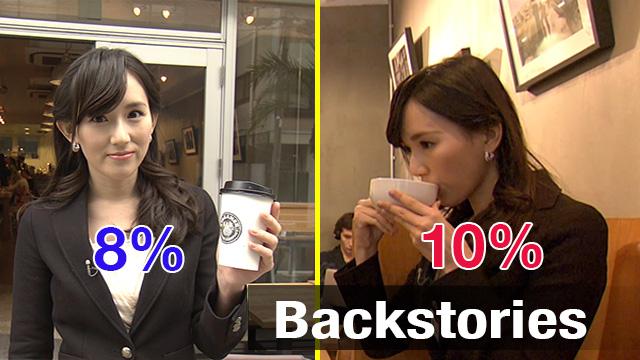 Making a meal of the tax hike

Tokunaga Akiko
NHK World
Senior Correspondent
People in Japan will need to dig a bit deeper into their pockets when the general consumption tax goes up to 10% in October next year. But not everything will be subject to the hike. To ease the burden on consumers, the government plans to keep the rate on certain food items and drinks at the current 8%. But the new system has businesses and individuals alike asking which ones?
Many countries already have multiple tax rates so the idea may not be new. Still, the new rules are a little tricky.

Items NOT subject to the lower rate

The National Tax Agency says an eat-in order at a restaurant will be exempt from the break and charged the full 10%. It says any food or drinks served at a facility with tables and chairs will fall under this category.

Officials appear to have taken a rather broad view of what constitutes a restaurant order. Let's see how a typical visitor's day might look after the tax increase.

It's the first morning of your trip. You decide to grab breakfast the way many locals do -- onigiri rice balls from a convenience store. Some of the shops have eating spaces making for a quick, cheap bite, right?

Be careful. If you eat in a space like this, it'll be considered a restaurant order and the consumption tax rate will be 10%. Take the food elsewhere and it drops to 8%.

You may be used to fast-food outlet staff asking if the order is "for here" or "to go," but in Japan, you may also face the same question at convenience stores and supermarkets from October.

For lunch, you decide to get a bento box from a food truck. It seems like an obvious example of takeaway food that should be subject to the 8% tax rate, but the new rules aren't that simple.

If the vendor has set up a table and you choose to eat there, you're technically eating in a restaurant -- and that's 10% tax. Take your bento to a nearby park and down goes the price.

What if you ordered too much and want to take away the leftovers? You would think the 8% take-out rate would apply, but the tax is actually 10%. Officials say it all depends on when the customer receives their food.

After dinner, you go back to your hotel and decide to have some green tea before hitting the hay. Call room service and the tea will be levied 10%. Drink the bottled tea in the minibar and that's take-out with 8% tax. And if you go for some sake or whisky, the rate is 10% as the lower rate won't apply to alcohol.

You might think that looking at the menu will help, but that could be just as complex as the tax rules.
Authorities have shown various examples of how businesses could display their menus from October.
Some show tax-inclusive prices for both eat-in and take-out. Others have just the dining-in prices, but with a note saying charges will vary for takeaways. A third alternative lists the tax-free price alongside the amount of tax to be added at the register.

The new rules are causing confusion at the till too. Harue Tsurusaki is a manager at Streamer Coffee Company. Her shop has a dining space, but some items on the menu are available to take away.

Tsurusaki says: "We haven't figured out yet how to deal with the new rules. First, we'll have to think about how to handle it on our cash register."

And there's potential confusion for customers too. One told her she worries that most staff won't be able to explain the reason for the tax difference to tourists.

Both locals and visitors have to pay consumption tax, so it's only fair that tax officials explain the rules clearly, not just to Japanese consumers and businesses, but to everyone who may be paying that little bit extra come next October. 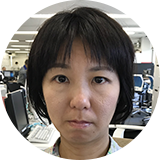