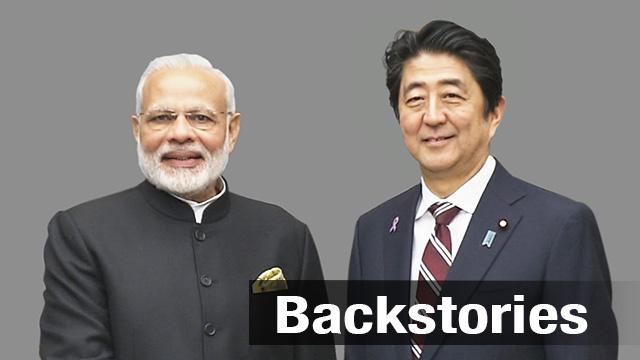 Sakurai Reiko
NHK Senior Economic Commentator /
NHK World Special Affairs Commentator
Indian Prime Minister Narendra Modi is coming to Japan to meet his Japanese counterpart Shinzo Abe later this month. In addition to an official summit, Abe is preparing to welcome him with a rare invitation to his lake house. Here is why Abe is doing this. There are actually benefits for both sides.

India will soon become the world's fifth largest economy, overtaking the UK. What’s more, some analysts forecast India overtaking Japan to become the third largest by 2024. According to a recent IMF forecast, the country is expected to grow 7 percent both in 2018 and 2019. And of course, the country is becoming increasingly important for Japan on the back of geopolitical tensions with China.

The two countries are currently in the midst of mirroring social issues, which they can help each other resolve. Japan is facing a serious labor shortage and is lacking talented workers on the back of an aging population. On the other hand, India has an increasingly large population of young people. Out of 1.2 billion, two thirds are under the age of 35. The lack of opportunities for these people is becoming a national problem. So, why not connect Japanese companies, desperate for new talent, with Indian youth, seeking jobs?

We are actually beginning to witness some action on this front. Japan’s leading online flea market operator, Mercari, recently hired a large number of Indian graduates, including those from Indian Institutes of Technology, one of the country's leading universities. 10 Japanese companies, including small and medium-sized firms, took part in a job fair this February in the city of Pune, called by some the Silicon Valley of India. 600 Indian jobseekers applied for positions with them.

Having Japanese manufacturers and Indian startups work together may be another way to create benefits for both sides. Modi’s initiative, “Startup India”, aims to support startups. Some are already becoming influential in the digital and IT world. In addition, Indian firms can guide their Japanese counterparts in building better approaches to the African markets.

India is currently under economic pressure, as the value of the rupee plummets and oil prices continue to rise. And Modi faces an expected national election next May.

At the summit, agendas such as talks on India’s first high speed railway, built with Japan’s “Shinkansen” technology, and the Regional Comprehensive Economic Partnership/RCEP will be on the table. Japan and India will have their differences. But there is so much the two sides can gain from each other, and it’s up to Abe and Modi to see if they can cement a strong bilateral relationship.