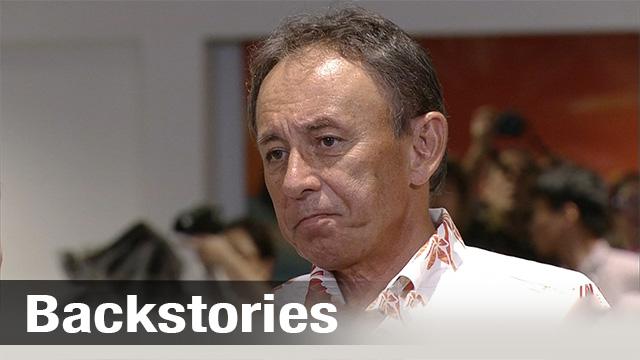 Kamata Tomoko
NHK World
Correspondent
Voters in Okinawa have chosen Denny Tamaki as their next governor in Sunday's election. 58-year-old Tamaki is a former Lower House lawmaker and a well-known radio personality on the southern island.

He campaigned on following in the footsteps of former Okinawa governor Takeshi Onaga, who died of cancer in August while in office. Onaga opposed the central government's plan to relocate the US Futenma Marine Corps air station to the less populated coastal area of Henoko, Nago City, which is also in the prefecture. Tamaki said he would follow Onaga's lead, pledging never to allow another base to be built. Tamaki beat his main opponent Atsushi Sakima, who was backed by the country's ruling coalition parties.

Victory in following his predecessor

In his victory speech on the night of the vote on September 30th, Tamaki invoked the memory of Onaga, who was elected governor in 2014.

"Many voters in Okinawa were thinking of the former governor's words that he wouldn't allow any more bases to be built here. And they were thinking about how he staked his life on that promise," Tamaki said.

The next morning after confirming his victory, Tamaki again vowed to keep his predecessor's policy.

"I will oppose the relocation plan and work with the Japanese and US governments so that the site of the Futenma base will be returned as soon as possible.”

"Now that the results are in, I want the central government to take action," said one woman resident.

Debate over Futenma air base relocation

Now that voters have decided, what happens to the decades-long base relocation issue?

Observers see Tamaki's victory as once again setting up a showdown between Okinawa and the central government.

Officials in Tokyo say the current plan is the only way to eliminate dangers posed by the base's location in a densely populated area. Schools, hospitals and households surround the air base in Ginowan City. Residents there fear possible aircraft accidents and complain about loud noise.

Okinawa hosts about 70% of all American military facilities in Japan, and many in the prefecture want other parts of the country to share more of the burden of hosting US military forces.

Prime Minister Shinzo Abe has spoken about the election outcome, saying, "The government accepts the result and will work on easing the burden that US bases pose for the people of Okinawa."

But central government officials say their position is unchanged, which likely means they will proceed as planned.

The US State Department also issued a comment after the election. It said the US holds in high regard Okinawa's contribution to the US-Japan alliance and bilateral security. The message did not specifically mention the relocation of the US base, but Washington supports Tokyo's plan.

Construction work at the new site in Henoko has been on hold since August after Okinawa government officials pulled a work permit. The central government and Okinawa have fought a series of lawsuits over the past four years during the term of former governor Onaga, and it looks like there will be more legal battles under Tamaki.

The election was effectively a race between Tamaki and a candidate backed by the main ruling Liberal Democratic Party and its coalition partner Komeito. Some politicians see the result as a loss for Prime Minister Shinzo Abe and the ruling coalition.

Their side poured a lot of resources into the election but still came up short. The defeat follows Abe's re-election as LDP leader last month.

There are some voices within the LDP who think more should be done to represent the wishes of the voters of Okinawa. No specific plans have appeared yet, but many are watching for developments in this area. The outcome of the Okinawa vote could linger into the Upper House election coming next summer. Opposition lawmakers believe Tamaki's win may boost their prospects, while Abe's governing coalition might have to look again at its message to voters. 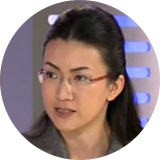