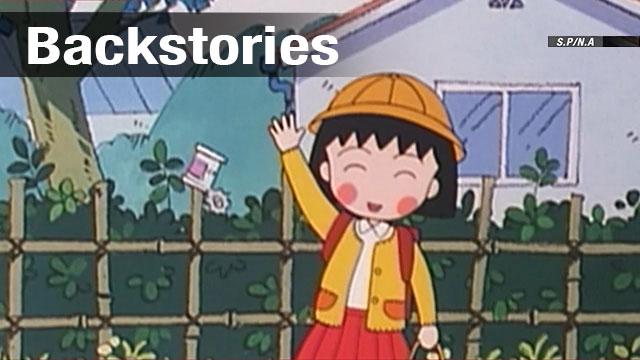 The Japanese manga artist and creator of the cartoon character Chibi Maruko-chan has died. Momoko Sakura was 53 years old. She died of breast cancer on August 15th, signaling for many the end of an era.

The Chibi Maruko-chan television series is known around the world. Sakura started drawing the original comic book version two years after her debut as a manga artist in 1984. She modeled the character after herself as a child. In an NHK interview in 1997, she spoke about her inspiration for the stories.

She said she was just 3-and-a-half years old when she started drawing little girl characters similar to her heroine. She said some of little Maruko's classmates, like Hamaji, are based on real childhood friends. She said thinking about what the character Nagasawa might say, she would only have to ask herself what she would like to hear least.

A major Japanese television company launched the animated version of the series in 1990. Nearly 30 years later, the program is still one of the most popular in Japan.

Sakura also wrote the lyrics for the show's theme song, which became a hit. Her essays about daily life and memories of childhood were also big sellers.

People crowded into a temporary shop selling Chibi Maruko-chan goods at Tokyo Station on Tuesday. Many praised Sakura's work. "The animation is all about the importance of family ties," said one fan.

Voice actress Tarako, who plays the Chibi Maruko-chan character, said Sakura died too young. She said all she can do now is continue to breathe life into the character that is Sakura's alter ego.

Mourners Around the World

Fans in Japan are not the only ones mourning Sakura's passing. The Chibi Maruko-chan television series has aired in 60 countries and regions, including China. Visitors to a museum in Shanghai spoke lovingly about the program.

"It was so much fun to watch Chibi Maruko-chan and her grandfather playing together," said one. "Everyone knows the series. It's a great loss," said another.

Media in Taiwan also reported on Sakura's passing. Her Chibi Maruko-chan series was made into a popular live-action drama there. Reports said it had a devoted following, equal to its popularity in Japan.

Taiwanese fans even coined the phrase "3 lines on the face" to express shock or disappointment, mimicking the dark lines Sakura drew on little Maruko's face to express the same.

The animated series built a strong following in Hong Kong when a dubbed version was aired in the 1990s. Obituaries of Sakura in the local press said her Maruko-chan character was well-received across Asia. Fans have been posting expressions of gratitude to Sakura online, saying her stories were always entertaining.

Fans in the Middle East are also mourning the manga artist's passing. The series is translated into Arabic under the title "Maruko Saghira," with a theme song from the region.

A Palestinian fan said on twitter that Maruko was the best childhood animation. A fan from Egypt posted a teary-eyed emoji and expression of thanks.

End of an Era

Sakura's many characters were known and adored by fans, but she herself kept a low profile. Few ever knew what she looked like.

Columnist Akio Nakamori is one of the few people to have met her in person. He said he met her twice, and that she was very intelligent and always smiling. He said that made him feel sure that she was the creator of little Maruko.

The smash hit anime series was first aired in Japan in 1990, just one year after the Heisei Emperor ascended the throne, and running till the Emperor abdicates next April.

Nakamori said Chibi Maruko-chan embraces the idea that despite the tough times of the Heisei era, people found out what was important.

He said he believes the Chibi Maruko-chan series depicts the best spirit of the Heisei era, and that the era comes to a close with Momoko Sakura's passing.