Shirakawa Marina
NHK World
Correspondent
More than 70 percent of people in Japan are fully vaccinated against the coronavirus, one of the highest levels in the world. But this statistic glosses over the fact that one community is lagging well behind. NHK spoke with several foreign residents who say that for months, the language barrier prevented them from even getting their first dose.

Late last month, Luan Yong Jie went to a hospital in central Tokyo for his first dose of coronavirus vaccine. For the 35-year-old, originally from China, the appointment ended months of anxiety. He said he wanted to get the shot as soon as it was available but couldn't – for one reason.

"My Japanese isn't very good," he said. "That's why I haven't been vaccinated yet."

According to Japan's Immigration Services Agency, many foreign nationals remain unvaccinated. Some, like Luan, want to get the shot but have been unable to because of the language barrier.

The process for getting the vaccine in Japan is relatively simple. Eligible residents receive a voucher from their municipal government which allows them to make reservations with clinics or hospitals. But these vouchers are entirely in Japanese and contain technical language that can be difficult to understand even for native speakers.

Some foreign residents say they almost threw away their vouchers because they had no idea what they were. Even those who can understand Japanese have had difficulty, with some saying they were unsure if they qualified for the shot.

Hoang Thanh Lam, a Vietnamese student, went to the same Tokyo hospital for his first dose. He said for months, he didn't think his short-term visa entitled him to a vaccine.

Both Luan and Lam were finally able to make reservations, but only after the Japanese government started offering multilingual telephone assistance last month. The service is available in 18 languages and can be used to book appointments in Tokyo, Osaka, and Nagoya.

Hospitals and clinics are also becoming more foreigner-friendly. Before administering their shots, a doctor asked Luan and Lam about their health. An interpreter translated the questions using a tablet.

Laura Cecilia of Paraguay was also there for her first dose. She initially had an appointment for one month earlier but was forced to cancel after she contracted the virus at the food processing factory where she works.

After getting her shot, she was visibly relieved.

"I'm happy to be vaccinated because now I can protect myself."

Tanaka Nobuko, deputy director of the residency support division at the Immigration Services Agency, says she was shocked when she learned how many people were unvaccinated because of the language barrier.

"There's still a delay in providing information in multiple languages and we're working to have more available soon," she said.

The increase in support will mean the end of a long and nervous wait for some, and ensure vaccination levels nationwide continue their upward march, putting Japan firmly on a path to a post-pandemic world. 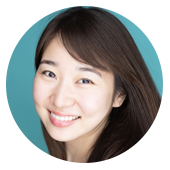