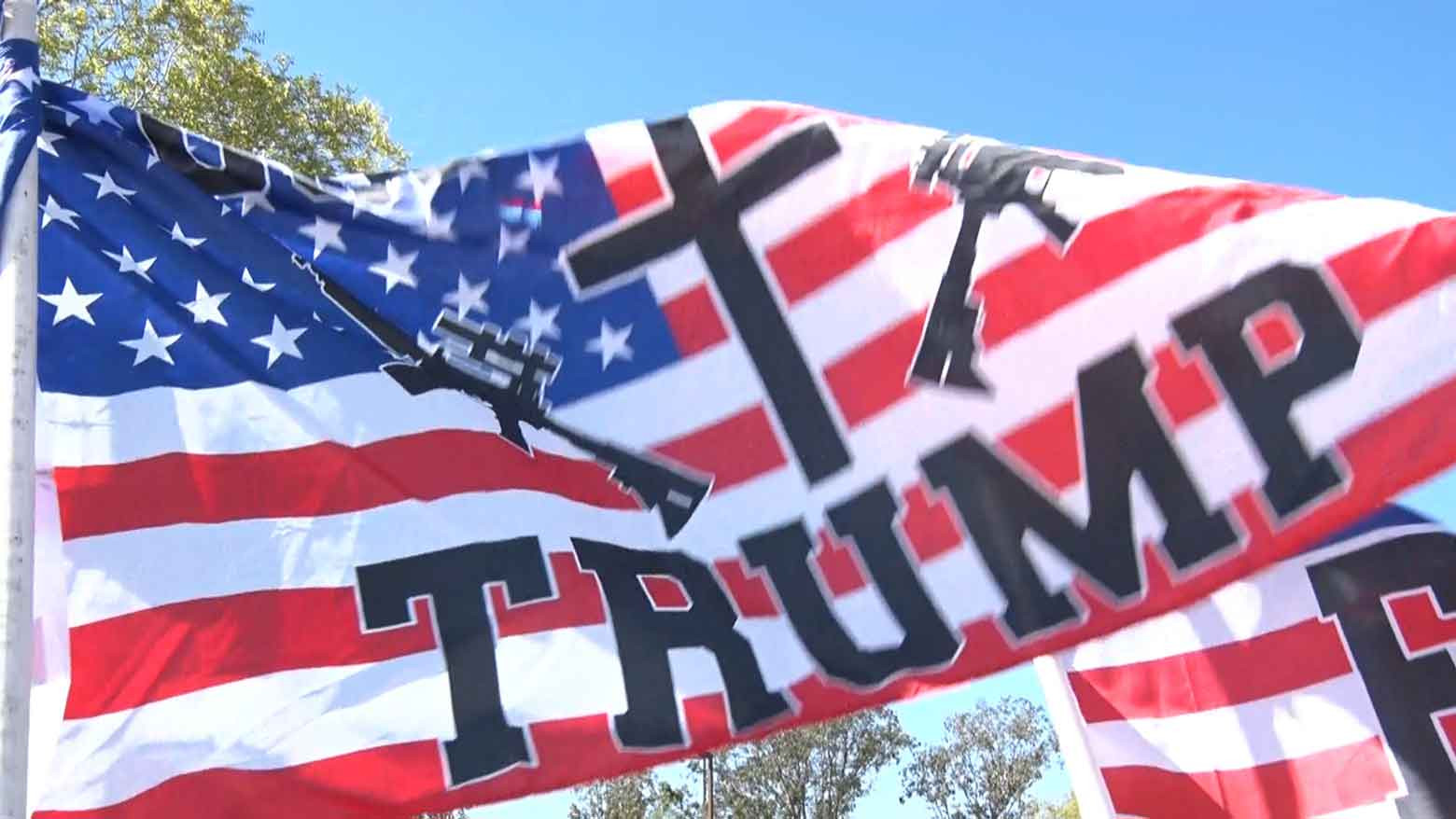 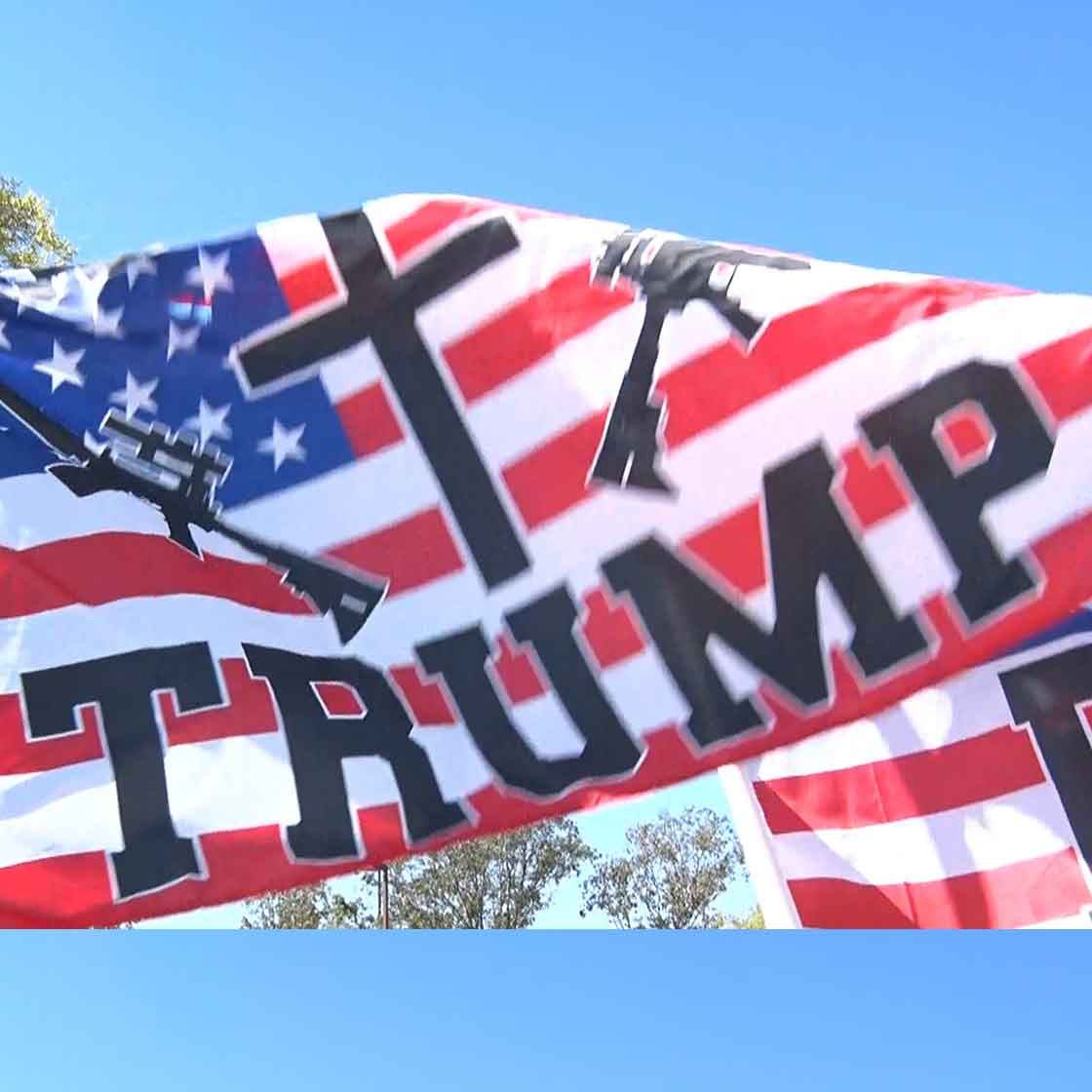 Democratic California Governor Gavin Newsom fought off a challenge to his position last month, handily defeating a recall attempt that would have removed him from office. Newsom won with 62 percent of the vote, a landslide by any measure.

But around 5 million Californians voted in favor of the recall, a move that would have replaced him with far-right Republican Larry Elder. Despite California’s well-deserved reputation as solidly liberal, and Newsom’s victory in the election, the recall challenge shows that the extreme right wing is alive and well in the state.

Trump’s influence on the Republican party

Throughout Donald Trump’s presidency, he dragged the Republican party further and further to the right, introducing ideas that would have been unacceptable to Americans a decade ago, such as calling Mexican immigrants “rapists” or threatening to order security forces to shoot protesters.

And despite the fact that Trump encouraged a mob to storm the Capitol and attempt to overturn the election, his approval ratings are still high among Republicans. In fact, over half falsely believe he won last year’s election and, according to The Hill, more than half want him to run again in 2024.

The effort to recall California’s governor was driven by the most radical elements of Trump’s base, including members of the violent extremist group Proud Boys, who played an integral role in the Capitol riot.

Of course, Newsom himself handed a big gift to recall proponents when he was photographed last year eating at an upscale restaurant in defiance of his own Covid regulations. The incident fueled understandable outrage, jump-starting the recall campaign and imperiling the governor’s political future.

The far right on the ballot

As the recall vote drew nearer, it became clear that Newsom’s main opponent was far-right talk show host Larry Elder. Polls showed him far ahead of any of the other challengers for Newsom’s seat, and if the recall had succeeded, he would almost certainly have replaced Newsom as governor.

Elder, a longtime Trump fan, would have instantly become the farthest-right governor in the US — by a wide margin. He has repeatedly made clear that he does not believe women have a place in public life. (Most famously, he wrote in a column that women “know less than men about political issues, economics, and current events.") Despite the fact that he is Black, he championed white-supremacist talking points for years, repeatedly citing bogus crime statistics from avowed white nationalist Jared Taylor to falsely claim that Black people are inherently more prone to commit crime than white people. He promoted misinformation about Covid, and in an echo of Trump’s 2020 strategy, he preemptively claimed the recall election was stolen. To top it off, Elder was accused by his ex-fiancée of brandishing a gun at her during an argument.

None of this deterred Elder’s supporters, who enthusiastically responded to his extreme-right messaging. At a rally outside of Los Angeles attended by NHK, at least three supporters had personally participated in the Capitol riot. And the organizer of the rally, Marc Ang, told NHK that he agrees with Elder’s views on women.

“Let's talk about the reality of women in the workplace as well,” Ang said. “Women have, there's certain women have issues where they have to do maternity leave and stuff like that that affects the overall productivity. So why should they not get paid less?”

“To the right of Trump”

In the lead-up to the recall vote, Newsom made a habit of saying that Elder is “to the right of Trump.” An examination of Elder’s record makes clear that this is correct — he is even more extreme than Donald Trump, and he was by far the most popular candidate attempting to unseat Newsom in the recall election.

California’s history shows that the state is not always as liberal as it’s believed to be. It is, after all, the state that gave the country both Richard Nixon and Ronald Reagan. In 1994, California voters overwhelmingly approved a ballot measure aiming to strip almost all protections from undocumented immigrants, including the right for children to go to school. (A federal court quickly found the law to be illegal, and it never went into effect.) And in 2008, California voters approved a ballot measure (also ruled illegal by a federal court) that banned gay marriage in the state.

Despite Newsom winning the recall by a large margin, the episode revealed the strength of the far right in California. In upcoming elections, state leaders will have to consider the fact that millions of Californians supported one of the most extreme far-right candidates in recent American history. 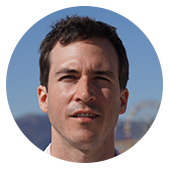