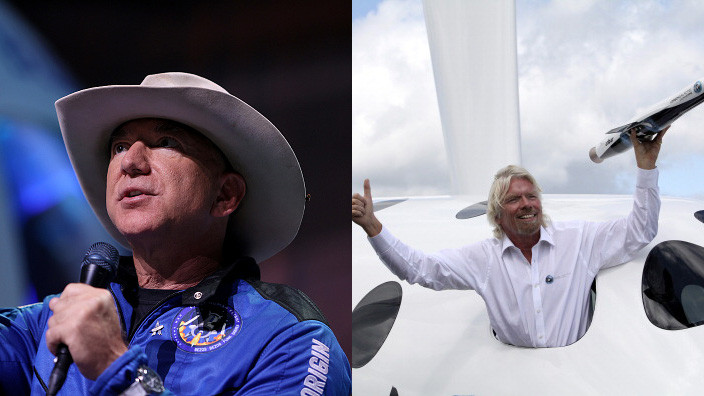 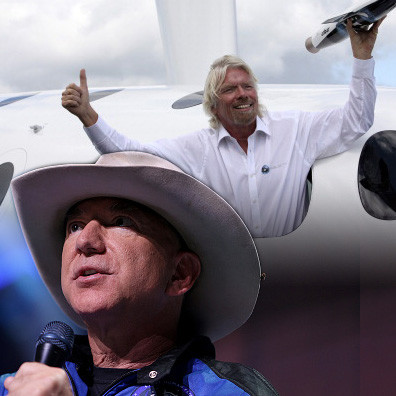 Katrina Jackson
NHK General Bureau for America
Associate Science Producer
With Virgin Galactic's successful crewed spaceflight on July 11 and Blue Origin's on July 20, people have complex opinions on the industry of commercial space travel. Are these rocket launches stupid, profound, or somewhere in between? Why would anyone care about rich people rocketing into space when we're struggling with crisis after crisis here on Earth? Ultimately, who is space for, and how should we approach the future of space exploration?

If you're a little overwhelmed with all the coverage, here's a primer on the commercial space landscape (spacescape?) and what some are saying about it.

Funk, who many consider to be the most deserving astronaut of the four, participated 60 years ago in the privately funded "Mercury 13" program, which put a group of women through many of the same tests NASA's Mercury 7 astronauts endured. Though Funk and the others proved they would make excellent astronauts, NASA refused to accept women into the Mercury program.

"The fact that women are not in this field," astronaut John Glenn told Congress in 1962, "is a fact of our social order."

With Blue Origin's launch last week, Funk became the oldest person to travel to space, beating the previous record held by Glenn himself.

"Wally Funk and those other guys" (as tweeted by astronaut Scott Kelly) spent just under three minutes in microgravity, throwing Skittles into each other's mouths and peering through New Shepard's large windows into the blackness of space. The capsule is designed for six people, and even though only four were on the flight, they appeared to struggle not to kick each other as they somersaulted through weightlessness. Funk said she loved every minute but wished it were longer.

Blue Origin's flight came nine days after Virgin Galactic launched its spaceplane, VSS Unity, 86 km above the New Mexican desert. Taking part in the trip were two pilots and four passengers, including Virgin Group founder Richard Branson. A showy broadcast of the flight was hosted by comedian Stephen Colbert and included a musical performance by Khalid. Instead of taking off from the ground, VSS Unity launches from a plane, a mothership known as VMS Eve. At 90 minutes, the flight was much longer than Blue Origin's, but those onboard spend the same three to four minutes in microgravity.

These short, somewhat cramped rides to just beyond the boundary of space are part of a frenzy of commercial spaceflight that has ramped up over the past year.

In May 2020, SpaceX (founded by Tesla billionaire Elon Musk) sent the first astronauts in its Dragon capsule to the International Space Station as part of NASA's commercial crew program, and since then has launched two fully operational missions of four astronauts each, including two from the Japan Aerospace Exploration Agency. Boeing hopes to fly crew to the ISS on its Starliner spacecraft, and Sierra Nevada is still developing its Dream Chaser for crew and cargo transport.

In addition to suborbital space tourism through Blue Origin and Virgin Galactic, companies are planning tourist flights to low-Earth orbit (SpaceX's Inspiration4 this fall), the ISS (Space Adventures late this year and Axiom early next year), and lunar orbit (SpaceX's dearMoon as early as 2023 with Japanese billionaire Maezawa Yusaku).

Axiom plans to build its own commercial space station later this decade, and SpaceX and Blue Origin are battling over a contract for human landing systems as part of NASA's Artemis program to the Moon.

A lot of conversation has centered around the perceived ridiculousness and unfairness of billionaires jetting off into space while the rest of humanity endures a myriad of crises, including the pandemic, climate change, homelessness, and hunger. A petition on change.org to leave Bezos in space amassed over 180,000 signatures.

"The world is drowning and scorching, and two of the wealthiest men decide to race in their private rocket ships to see who can get to space a few days before the other," wrote Shannon Stirone in The Atlantic.

After returning to Earth, Bezos thanked Amazon employees and customers for the ride, saying, "You guys paid for all of this."

The comment seemed particularly tone-deaf in light of Amazon's labor practices. Workers have described dehumanizing conditions in warehouses, with long hours, grueling conditions, and little or no time for bathroom breaks.

"Jeff Bezos going to space is a good time to remember that Amazon used police violence to harass Black workers in Bessemer, Alabama, to stop them from unionizing," tweeted Cori Bush, a US Representative from Missouri.

The space billionaires and their companies have been trying to improve optics through charitable giving. SpaceX's Inspiration4 orbital tourist mission has donated over $113 million to St. Jude Children's Research Hospital, and Blue Origin used funds raised from its auction to give $1 million each to 19 educational organizations. A week before his flight, Bezos donated $200 million to the Smithsonian Institute and, during his post-flight press briefing, announced the establishment of two $100 million Courage and Civility awards.

Those excited by Branson's and Bezos's suborbital launches argue that space tourism expands access to more people and that costs will eventually come down, as they did with commercial air travel. This will allow more people to experience the joy and paradigm-shifting wonders of spaceflight.

Some hope the "overview effect" of seeing the fragility of our planet from high above will inspire passengers to lead meaningful change on Earth. Dylan Taylor, an American corporate executive, founded the nonprofit Space for Humanity to purchase suborbital rides for passionate leaders across the globe who plan to use the experience to help solve societal challenges.

The space billionaires imagine elaborate futures once the cost barriers come down. Musk has said he wants to terraform and colonize Mars, insisting that the only way to protect humanity in the long run is to become a multiplanetary species. Bezos believes that, although Earth is the only habitable planet in our solar system, its resources are finite and we must utilize those in space to sustain humanity. Innovations stemming from increased access to space might include more efficient solar power and asteroid mining.

Many in the space industry, particularly those from historically excluded populations, are skeptical of the billionaires' grand plans for solving society's ills and preserving the future of humanity.

"Creating a just society on Earth is the best way to build a just future for space, one defined by more than the passing generosity of billionaires," wrote astrophysicist Chanda Prescod-Weinstein in The Washington Post.

We can use this opportunity to look critically at humankind's past and present failings before repeating our mistakes on a more cosmic scale. Organizations like the JustSpace Alliance, founded by US astronomers Erika Nesvold and Lucianne Walkowicz, advocate a more inclusive and ethical future in space by analyzing the effects of colonialism, patriarchy, white supremacism, and capitalism on society and space exploration.

"No contest that poses billionaires and their organizations as the gatekeepers to space can be truly accessible in any meaningful sense of the word," wrote Walkowicz in a Patreon post. As seen with Wally Funk's exclusion from the astronaut corps, government space programs often don't make the most enlightened decisions. But are our current commercial space leaders any better? Billionaires can only become billionaires by exploiting the labor of marginalized people.

"We would do well to demand a space program that recognizes the spectrum of gifts that humanity brings to the grand project of spaceflight," Walkowicz continues, "but at bare minimum, we deserve accountability from those whose fortunes we built." 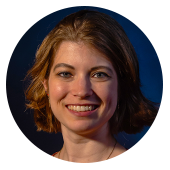