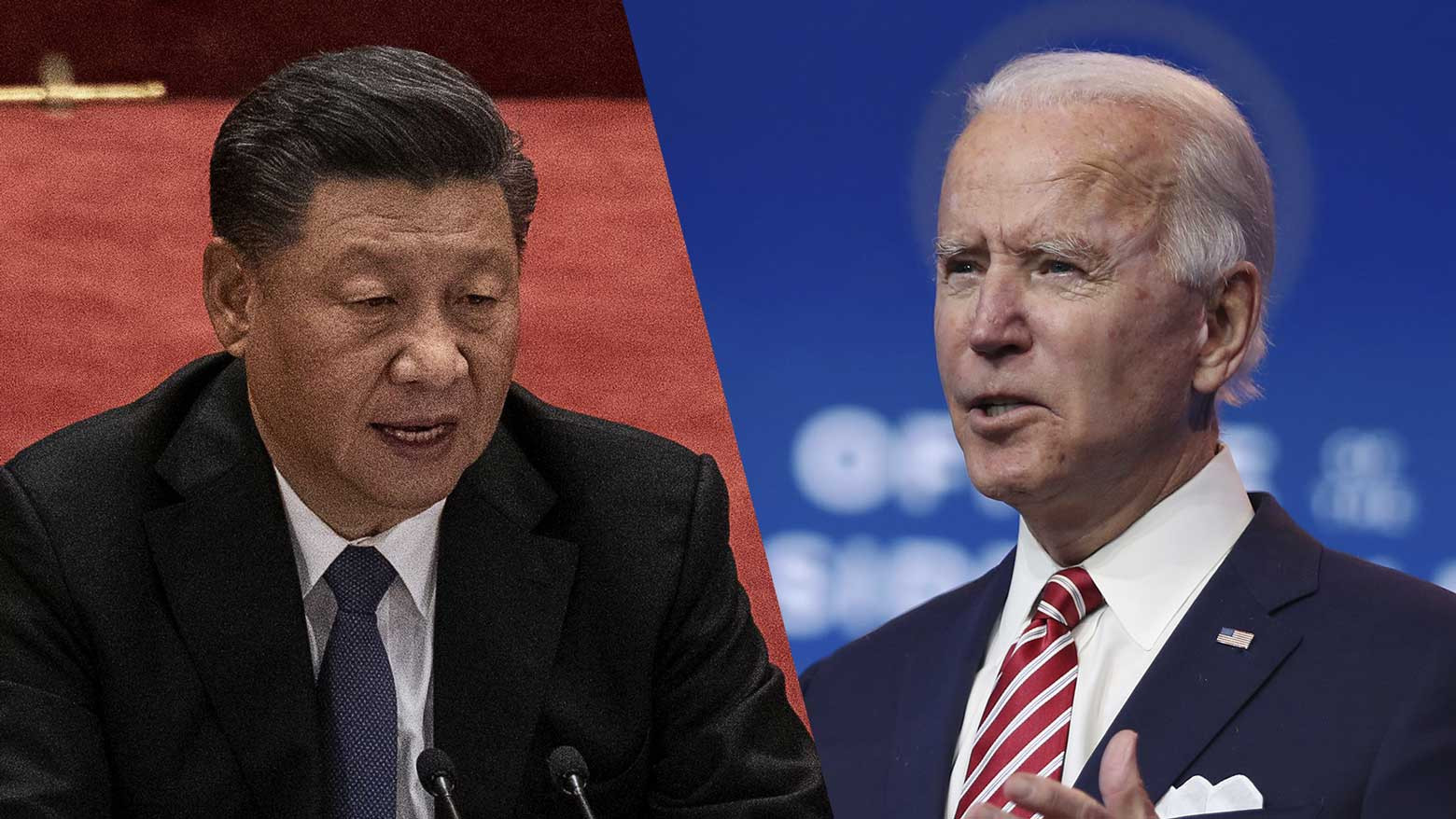 Ebara Miki
NHK World
Chief International Correspondent / Executive Producer
US President Donald Trump has yet to formally concede the election, but President-elect Joe Biden is nonetheless preparing to take office in January. His administration is expected to take a number of approaches that differ significantly from those of his predecessor, and policy watchers in Asia are especially keen to see how these changes affect US relations with China.

Professor Wang Yiwei, a former Chinese diplomat, is the current director of the Institute of International Affairs at Renmin University in Beijing. I asked him about China’s foreign policy objectives as it gets ready to work with the next administration of President-elect Biden.

Professor Wang Yiwei
Q: How do you expect US policy toward China to change under President-elect Biden?

A: The next administration will likely try to resume the leadership role in the US alliance system and probably play the human rights card to press challenges on China. He may seek cooperation with China on issues like North Korea and climate change.

Q: What problems do you see in terms of US-China relations, which are currently at a low point?

A: During Trump’s presidency, the image of the US dropped dramatically among the Chinese people. That’s not only because of his “America First” policy but because he made China a scapegoat. Everything was blamed on China. But that didn’t solve any of the problems in America. Their problem lies in the fact that the US cannot dominate the world of technology anymore. The world has become horizontal and mutually connected, which has diluted the hierarchical power of the US. For example, today only four countries -- the US, China, Russia and South Korea -- run major search engines and collect big data on the internet. Of those, only China can challenge the leadership role of the US in the digital world. All previous industrializations, 1.0, 2.0, 3.0, took place in the West. But now, in this digital industrialization 4.0, China has dramatically developed its technologies, and Huawei is leading the 5G field. That’s unprecedented. This is why China has become a target.

Q: China has been pushing its Belt and Road Initiative around the world. Some observers in the West say its goal is to create a new economic order paralleling the Bretton Woods system that was established following World War Two. What’s your take?

A: I don’t think so. In the Belt and Road Initiative, we use the US dollar to do business. Its focus is on the real economy, mutual connectivity and infrastructure building which helps make globalization healthier. I regard it as “inclusive globalization.” It is not a challenge to the pre-existing system but, rather, helps support the US dollar system. In fact, many American companies are making huge amounts of money on BRI projects. They tend to be on the software side, such as consulting firms. China does the hard work, such as building the projects.

Q: How about in terms of the military? Are you concerned that in an area like the South China Sea, an accident might lead to a real conflict between the US and China?

A: I am, although some people talk about a so-called “New Cold War” and I don’t agree with that idea. The Soviet Union and the US used to wage proxy wars. But for China and the US, a direct confrontation either in the Taiwan Strait or in the South China Sea, would have dire consequences because both are nuclear powers and both know it would be a nightmare to engage in a direct conflict. We cannot repeat the tragedy of the Cold War period. There are worries but we need to make every effort to avoid the worst-case scenario.

Let me share with you my thoughts on US alliances. Japan and South Korea depend on US protection, not just nuclear arms but also in the high-tech field, too. The Chinese government advocates for a shared future, meaning that the destiny and future of all nations should be in their own hands. Relying on someone else to protect one’s security should not be a 21st century international security scenario.

Q: What does China hope to achieve in terms of diplomacy?

A: China’s logic of diplomacy is very clear. First, as the Chinese economy is rapidly growing, especially outside China, it needs to be more involved in multilateral systems. We are now more concerned about the safety and security of our people on the high seas, our public affairs, and all of our global commitments. Second, the Chinese people are now globalized. We must protect Chinese tourists, Chinese students, and Chinese interests. Also, developing countries expect China to play a more important role because China is the only member of the United Nations Security Council to represent their interests. Around 80% of the world’s population live in developing countries, so China should do more public good through the global system, with the UN at its center.

In order to know how US-China relations will develop over the next four years, we need to have an understanding of China’s domestic policy goals. In 2013, President Xi Jinping proclaimed the start of the “Chinese Dream,” a slogan meant to refer to a new national ethos. So what exactly is this dream? And what is the goal? I spoke to Professor Steve Tsang, director of the SOAS China Institute at the SOAS University of London.

A: Xi Jinping would never say this himself but effectively, Xi Jinping is China. I think he is somebody who believes whatever he does is beneficial to China. And China’s political system remains fundamentally a Leninist political system, which means that the Communist Party is not the governing or the ruling party of China, but that the Communist Party is China and all its people and assets. And at the top of the Party is Xi Jinping.

What really makes Xi Jinping distinctively different in post-Mao China is that all his predecessors accepted collective leadership. Xi Jinping has turned the collective leadership into strongman leadership. We should not forget that even in the heyday of Deng Xiaoping's power, he had a group of comrades -- the old revolutionaries -- who were his equals, who would be able to speak up against him. Now there is nobody within the Communist Party or anywhere else in China who can speak to Xi Jinping as an equal and criticize his policy; not him, his policy, even in closed door party meetings. That is an enormous change in how the system operates.

It means, most importantly, that the capacity of the Communist Party to enlarge the scope for internal policy debate in the last 30 years, which helped it to avoid making any major policy mistakes, has now been replaced by, or depends on, Xi Jinping getting it right. If he doesn't get it right, China can be in for a very rough ride.

Q: This could be very dangerous for China, couldn’t it?

A: You're absolutely right, and that is exactly the point. We've already seen that with how China dealt with COVID-19. They could not deal with it effectively at the early stage because it didn't go all the way up to Xi Jinping. Then, when he ordered the implementation of a lockdown, you had, for the first time in human history, the most effective lockdown ever. So that concentration of power in the hands of Xi Jinping is both the strength and the weakness of the system operating in China today.

Q: What is the goal of the “Chinese Dream”?

A: To quote President Donald Trump, it is to make China great again. That is basically what the Chinese Dream is all about. And what is the benchmark that Xi Jinping uses for making China great again? He is going back into Chinese history for inspiration, to the Qing Dynasty, the last imperial dynasty of China. That was the dynasty where the government in control of China expanded itself more than at any other time in the history of China.

In the heyday of the Qing Dynasty, China accounted for a third of global output, substantially higher than Queen Victoria's United Kingdom, which was the greatest empire on Earth at the time. China is returning itself to the glory days before the dynasty was “humiliated by all the external imperialist powers.”

Q: So the Chinese leadership has decided that it’s now time for the country to realize this ambition?

A: Yes. When Deng Xiaoping started the policy of so-called “tao guang yang huì,” which was to hide capabilities and bide for time, it was never meant to be a policy to be kept in perpetuity. It was always a policy with an intention, which was that when China had the capabilities and no longer needed to wait, the moment would have come and China would assert itself.

Now, Xi Jinping has put an end to this policy because he decided that the moment for China is now. You go back 30 years; it made a lot of sense for China to be assertive in the South China Sea but it couldn't do anything about it. So why do so now that they can? Well, give it another, say, 10, 15 years, and China will think to themselves that they have the capabilities to take Taiwan. And Taiwan is part of China's marine doctrine, called the First Island Chain. Now, with all this modernization, the coastal area has been completely developed. So the first island defense is essential for protecting the eastern seaboard, where all the industrial heartlands are. So one day, they will see the need to execute the plan.

Q: With this goal in mind, how should the new US administration work with China?

A: The relations between the two countries are certainly at a very low point. The next administration of President-elect Biden will likely try to avoid a lot of the mistakes the Trump administration made, but it will not significantly reverse Trump's hardline policy toward China. The general atmosphere in Washington wouldn't allow him to do that. At the same time, the US will likely engage with its allies much more effectively and form some kind of coalition which will be more difficult for Chinese diplomacy to break through.

The next administration will be more consistent in its approach to China than Trump’s, and will try to find areas where they can cooperate and also accept that there are areas where they are in competition. We don't want China to go off in a way that will be hostile. We want to work with China, but in a way that upholds our basic values as democracies, that puts human rights ahead and, where possible, a free economy as part of it. There are still a lot of areas where the US and China can work together for the common good of mankind. 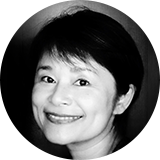