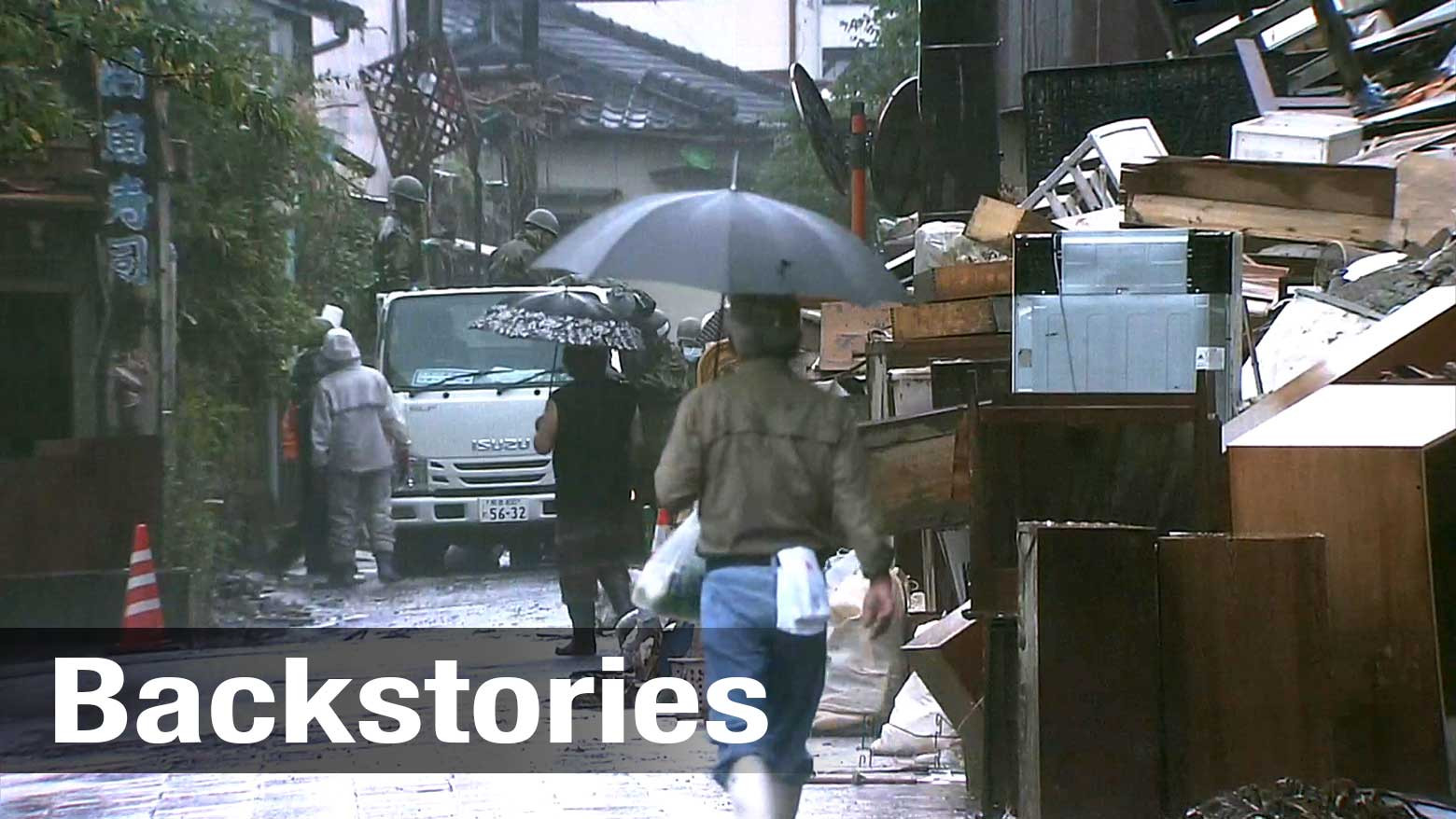 Yotsumoto Jun
NHK World
Correspondent
People in Kumamoto Prefecture are working hard to clean up after deadly rainfall earlier this month that claimed at least 65 lives. It’s not the first time the region has had to bounce back from a natural disaster, but this time relief workers and volunteers have to do it while navigating the threat of the coronavirus.

A public health nurse who had been dispatched to Kumamoto to help at evacuation shelters tested positive for the virus on Monday. He was asymptomatic at the time, and worked in two shelters from July 9 to 11.

Authorities tested nearly 400 people believed to have been in contact with him. All tests came back clear.

On Wednesday, a news photographer from Kanagawa Prefecture tested positive. He was shooting in the disaster-hit areas from July 13 to 15. Officials say they will test a reporter and two taxi drivers who were with him during his assignment.

Professor Kaku Koki at the National Defense Medical College Research Institute says the adrenaline of being at a disaster site means people often don’t pay attention to their own health and fail to notice symptoms of illness.

News of the nurse’s diagnosis led other relief teams to change their plans. Eighteen officials from Nagasaki Prefecture were supposed to head to Kumamoto on Tuesday to help run a shelter, but delayed it by three days until tests cleared them of the virus.

Matsutani Koichi, mayor of the village that hosts the shelter, says support from other prefectures is essential, but he hopes people only come after taking precautions to prevent infection.

His village is already hosting members of the government's Disaster Medical Assistance Team, or DMAT. The team’s doctors and nurses are conducting medical checks on evacuees, and have been reporting their own conditions daily to their headquarters in Tokyo. But DMAT decided to strengthen these measures starting on Tuesday after hearing about the public health nurse who tested positive. Doctors now wear face shields and operate on the assumption that they are carrying the virus but are asymptomatic.

DMAT doctor Ienaga Shinichiro says it is essential that they consider the risks of infection as they respond to the disaster. He adds that they do not want to cause trouble for the evacuees.

But Kumamoto governor Kabashima Ikuo suggested on Thursday that this is exactly what’s happening, telling reporters it was “disappointing” that people coming into the prefecture were adding to the worries of the people affected by the disaster. He said he is asking medical and other personnel sent from outside the prefecture to consult a health check sheet his government compiled, and to wear masks and constantly wash their hands.

More than 500 officials from municipalities across western Japan have been dispatched to Kumamoto. These municipalities say they plan to continue sending people to help until the situation improves.