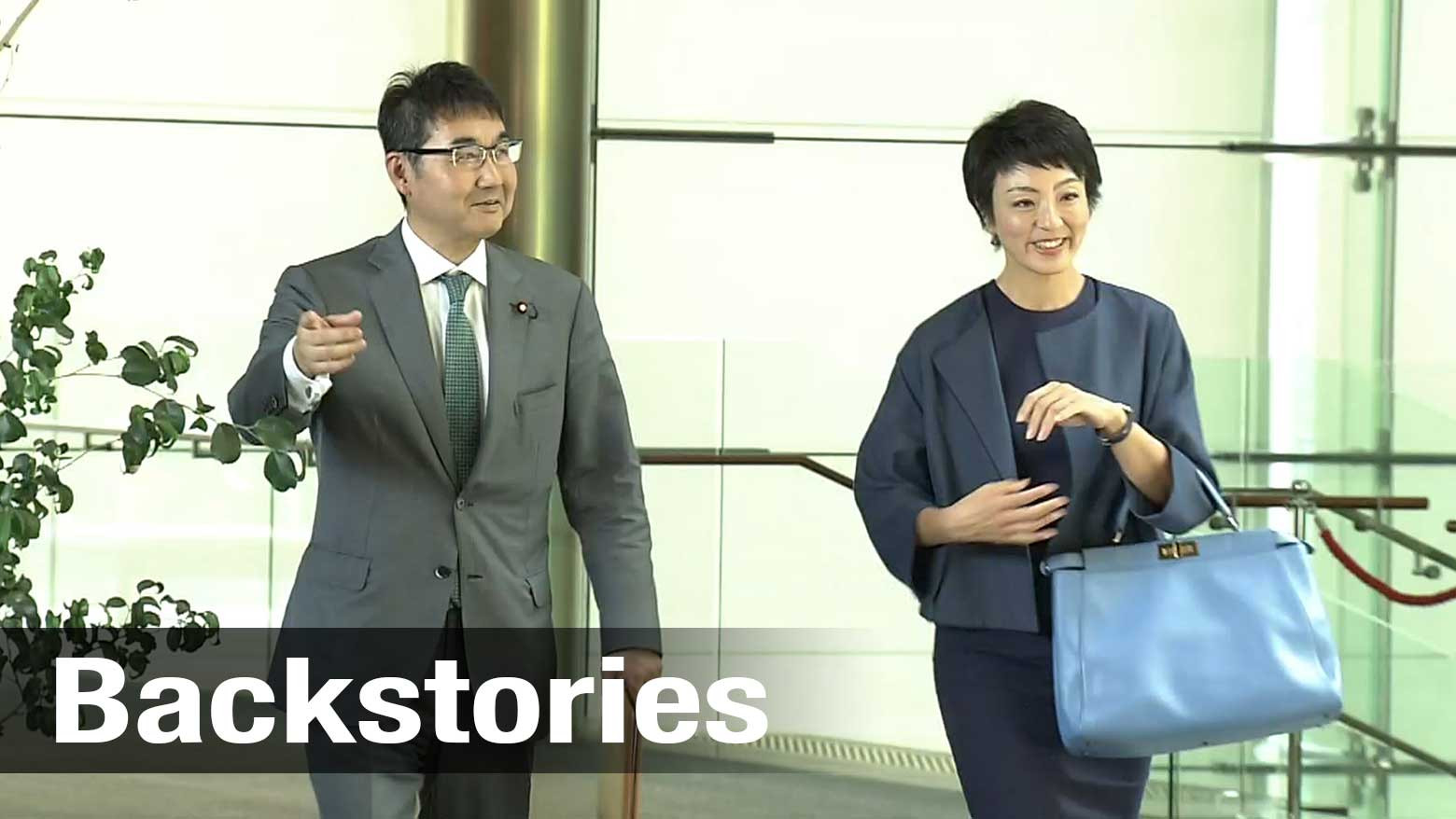 Masuda Tsuyoshi
NHK World
Senior Commentator
Japan’s Prime Minister Abe Shinzo was forced to apologize this week after a man he tapped as justice minister was arrested for alleged vote-buying. Kawai Katsuyuki was taken into custody along with his wife, Kawai Anri. Both are lawmakers who were members of the main ruling Liberal Democratic Party until this week.

Investigators say Kawai Katsuyuki handed out about $220,000 to nearly 100 local politicians and other individuals to help his wife’s election campaign. She ran for an Upper House seat last July, and won. Prosecutors say she conspired with her husband to hand out an additional $16,000 to five people.

Katsuyuki was appointed justice minister after the election, but was forced to resign when a weekly magazine broke the scandal last October.

On Wednesday, the Kawais resigned from the LDP. But sources say they have no intention of giving up their Diet seats. Katsuyuki denies engaging in any kind of illegal activity. His wife said her lawyer had advised her not to say anything.

Kawai Anri ran on the ticket of the LDP. Her constituency, Hiroshima, has two seats and is usually hotly contested. But the party traditionally only fields one candidate. Last year, in an effort to take both seats, it ran Anri alongside incumbent Mizote Kensei. Though Mizote had the backing of local party leaders, he reportedly distanced himself from the prime minister.

The LDP headquarters sent senior members, such as Chief Cabinet Secretary Suga Yoshihide, to Hiroshima specifically to rally support for Anri. It also gave her campaign $1.4 million, far more than to any other candidate.

Kawai Anri won a seat. Mizote lost his, and criticized the party for fielding two candidates.

The Abe Cabinet's approval rating has taken a hit recently, in large part due to its handling of the coronavirus crisis. These arrests will only make things worse for the prime minister. Kawai Katsuyuki had served as special adviser to Abe before landing the post of justice minister last autumn.

The prime minister said it was “most regrettable” that lawmakers from his party been arrested. He also said he understood that be bore responsibility as the person who appointed Kawai as justice minister.

Opposition lawmakers are trying to raise the pressure on the prime minister. Edano Yukio, leader of the Constitutional Democratic Party of Japan, called the prime minister's judgement questionable as he had appointed Kawai as justice minister shortly after doing something that would get him arrested.

Opposition members say they will ask the LDP to explain the money transfer to Anri. If it turns out that party funds were used to buy votes, the pressure on Abe could rise further.