Takamura Keiichi
NHK World
Correspondent
The Hong Kong anti-government demonstrations are facing increasing restrictions amid the coronavirus pandemic. But the release of a video game has breathed new life into the movement.

When Animal Crossing was released for the Nintendo Switch last month, no one could have predicted it would become a crucial tool for political activists. The gameplay is focused around designing and decorating an island. There are no enemy invaders or heated battles. The most action involved is when players go hunting or fishing. Mostly, the game is about relaxing and whiling away the time. Players who are connected online can invite friends over to their islands to hang out and talk.

The game has struck a chord with people stuck at home amid the coronavirus pandemic. It has become a global phenomenon, selling more than three million copies in just three weeks in Japan and becoming the top-selling game in the US for March.

But in Hong Kong, the game has become more than just a form of entertainment. Joshua Wong, the well-known pro-democracy activist, has been using Animal Crossing to keep the movement alive, even as in-person protests have been made nearly impossible due to restrictions in place for the pandemic. The game provides members another way to meet up.

"Many Hongkongers are playing Animal Crossing and have turned it into a way to protest," Wong told NHK in a video interview. "It gives us a way to be creative and express our demands and beliefs without fear of censorship."

Wong has decorated his imaginary island with the famous slogan, "Liberate Hong Kong, revolution of our time." He has also put up images of Chinese President Xi Jinping and Hong Kong Chief Executive Carrie Lam, which his character hits with a bug net. He posted videos of his island on YouTube and Twitter, to show how he's continuing his protests and to encourage others to do the same.

Other pro-democracy activists have joined in. Social media accounts associated with the movement are awash with images from pro-democracy themed islands.

Beijing has taken notice and is apparently unamused. Animal Crossing was never released on the mainland but imported versions were available online for a while. These disappeared by early April and the game no longer shows up on search engines.

Takaguchi Kota is an associate professor at Chiba University and an expert on Chinese digital media.

"I suspect the Chinese government saw how the game was being used in Hong Kong and grew wary of the freedom and communication it allowed," he says. "It's also possible the sites stopped sales on their own accord, to comply with the government stance."

This has led to some backlash. People in China have taken to social media to protest the apparent Animal Crossing ban. "Do we no longer have the right to play video games?" one post asks. "If we wrote slogans on paper, would it become illegal to use paper?" says another.

Taiwan has weighed in on the controversy. Premier Su Tseng-chang posted a screenshot of an Animal Crossing character on his Facebook account with a comment saying that the people of Taiwan value their freedom to play video games.

"The Chinese government is afraid of people on the mainland playing Animal Crossing with political ideas in mind," Wong says. "But I think it's really insane and unreasonable because this kind of censorship implies they have no intention of allowing any creativity whatsoever."

Pressure on Wong and the movement is increasing. On April 18th, 15 core members of a pro-democracy group were arrested for allegedly holding illegal gatherings. And Legislative Council elections are coming up in September.

With this in mind, Wong is eager to get back on the streets. He says he will restart public protests as soon as the pandemic has subsided. But it is unclear when this will be. For now, Animal Crossing will continue to be the fire that keeps the movement alive. 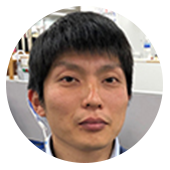